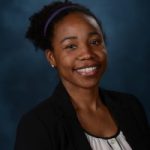 A Chicago native, Backus’ paper, “Trichomonas vaginalis treated with boric acid in a metronidazole allergic female,” focuses on research she conducted on HIV and…  Read More. 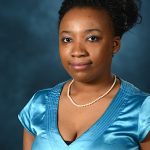 Jasmine Turner, a fourth-year student in the University of Mississippi School of Pharmacy, has received a $1,000 grant from the 2016 EPIC Pharmacies student grant program.

“I feel proud to be in the midst of such an amazing, supportive and selfless group…  Read More. 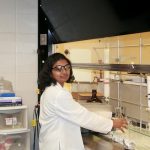 Vedanjali Gogineni, a doctoral candidate in medicinal chemistry in the University of Mississippi School of Pharmacy, has been awarded a 2016 Graduate Student Research Award in Drug Discovery and Development Interface from the American Association of Pharmaceutical Scientists.

AAPS gives four of these awards annually to recognize graduate students who significantly influence the research in their field. The award includes a $250 prize and travel expenses to the AAPS annual meeting. Gogineni, a native of Andhra Pradesh, India, will be recognized at the AAPS... Read More. 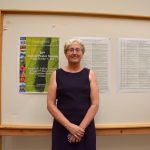 “It’s a great way to see what everyone else is doing,” Mikell said. “Seeing other people’s work could spark a collaboration. You might need someone to help you … Read More.

Dr. Donna West-Strum, chair of the Pharmacy Administration department, will become Associate Provost of the University beginning in 2017.