Welcome to the Department of Pharmaceutics and Drug Delivery

Pharmaceutics is the discipline of pharmacy that deals with the science of dosage form design and embraces all facets of the process of turning a new chemical entity (NCE) into a medication that can be safely and effectively used by patients in the community. There are many chemicals with known pharmacological properties but a raw chemical cannot be administered, as such, to the patient.

The Department of Pharmaceutics and Drug Delivery provides curricular content in the areas of physical pharmacy, biopharmaceutics, pharmaceutical compounding and dosage form design, in the Bachelor of Science in Pharmaceutical Sciences (B.S.P.S.) and the Doctor of Pharmacy (Pharm.D.) degree programs. The department’s graduate education program prepares master’s and Ph.D. graduates with scientific competence in preformulation, formulation development, pharmaceutical processing/manufacturing, and targeted drug delivery systems. The faculty’s postgraduate education program includes the Hands-On Course in Tablet Technology . The faculty maintain a robust research program supported by the National Institutes of Health, and other federal agencies, foundations and private industry.  Corporate engagement is managed through the department’s Pii Center for Pharmaceutical Technology . The faculty participate on multidisciplinary teams in the Research Institute of Pharmaceutical Sciences that are charged with advancing new pharmaceutical products and technologies with promising commercial potential. 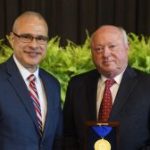 OXFORD, Miss. – Growing up in a small Texas town south of San Antonio, Michael A. Repka worked in his father’s pharmacy.

Frank Repka opened Center Pharmacy in Pleasanton in 1961, and Michael started working there when he was 11 – dusting bottles and shelves, restocking those dust-free shelves and performing various tasks for his father. 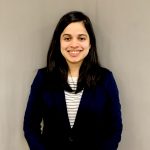 Gauri Shadambikar, Ph.D. candidate in the Department of Pharmaceutics and Drug Delivery, was awarded a Graduate Student Council Research Grant for her project “Development of Inhalable Nano-lipid Carriers for the Treatment of Pulmonary Aspergillosis using Hot Melt Extrusion Technology.”

The GSC Research Fund was established to assist ongoing and future graduate student research at the University of Mississippi. 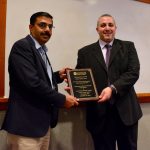 OXFORD, Miss. – The Department of Pharmaceutics and Drug Delivery at the University of Mississippi School of Pharmacy has successfully prepared numerous alumni for high-level careers with the U.S. Food and Drug Administration.

The department’s stimulating learning environment and emphasis on real-world experiences have allowed graduates to take advantage of opportunities with the FDA. The relationship with the national agency has strengthened the program by way of research sponsorships for the school’s labs and attendance at the school’s Hands-on Course in Tablet Technology. 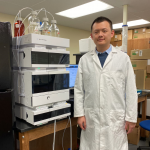 Wang presented on “Carbon Monoxide, a Drug?” and will represent UM at the Council of Southern Graduate Schools in Birmingham, Alabama. 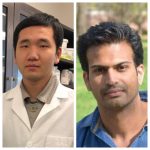 OXFORD, Miss. — University of Mississippi School of Pharmacy graduate students Honghe Wang and Srinivas Ajjarapu from the Department of Pharmaceutics and Drug Delivery were honored by the American Association of Indian Pharmaceutical Scientists.

Wang (left) and Ajjarapu each earned one of the prestigious graduate awards from the organization.

Congrats to both students! 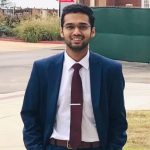 Phi Kappa Phi recognizes and promotes academic excellence in all fields of higher education and engages the community of scholars in service to others. The nation’s oldest and most selective multidisciplinary collegiate honor society initiates more than 30,000 members a year on 300 campuses in the United States and the Philippines. 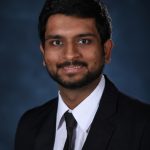