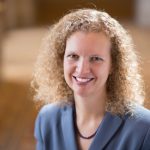 Kristine Willett, professor of pharmacology and environmental toxicology, has been chosen as chair of the Department of BioMolecular Sciences in the University of Mississippi School of Pharmacy.

The Department of BioMolecular Sciences encompasses the divisions of environmental toxicology, medicinal chemistry, pharmacognosy and pharmacology. Several members of the department nominated Willett, a native of Wooster, Ohio, as a candidate for the…  Read More.

Two University of Mississippi pharmacy students have won presidential scholarships from the National Community Pharmacists Association. Ashley Culbertson and Lily Van, both third-professional-year students, are among only 25 students nationally who received the $2,000 awards.

The NCPA represents the employees of more than 22,000 independent community pharmacies across the country, which dispense nearly half of the nation’s retail prescription…  Read More. 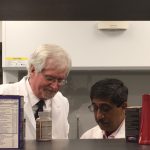 The U.S. Food and Drug Administration has renewed the National Center for Natural Products Research’s designation as a Center of Excellence in recognition of its work in botanical dietary supplement research. This is the 15th consecutive year the NCNPR has received this recognition.

As part of its partnership with the FDA, which began in 2001, the NCNPR focuses on developing scientific tools for assessing the safety and quality of dietary…  Read More. 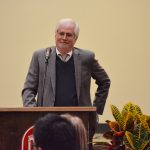 On Dec. 31, Larry Walker retired as director of the National Center for Natural Products Research after 35 years of service to the University of Mississippi.

Walker began his career at Ole Miss in 1981 as a research assistant professor in the School of Pharmacy. In 1987, he led a natural products discovery biological screening program, setting him up to be involved with the creation of the natural products center.

When the NCNPR was founded in 1995, Alice Clark, the center’s first… Read More. 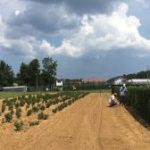 The U.S. Department of Agriculture has renewed a grant for the National Center for Natural Products Research to work on the discovery and development of bioactive products that have potential to become pharmaceuticals, agrichemicals or alternative crops for small farmers.

The grant project, “Discovery and Development of Natural Products for Pharmaceutical and Agrichemical Applications,” has been renewed every five years since it began in 1996. A panel of outside experts convened by the USDA’s Office of Scientific Quality Review… Read More.