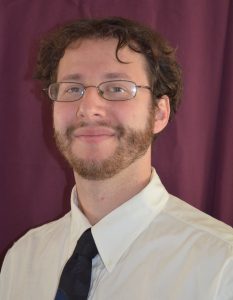 Heart tube formation, in all vertebrates, relies on interactions with the local environment to drive the collective movement of cardiomyocytes from bilateral positions in the embryo to the midline where these two populations merge and form a single tube, a process known as cardiac fusion. Genetic analysis has revealed that local environment components such as the adjacent anterior endoderm and the extracellular matrix play a pivotal role in these movements. Our previous studies revealed that cardiomyocytes expressing the platelet derived growth factor receptor alpha (Pdgfra) respond to PDGF signals from the endoderm to direct the movement of cardiomyocytes during heart tube formation (Bloomekatz, et al. 2017). Similarly, the extracellular matrix glycoprotein Fibronectin-1a (Fn1a) creates a fibrous substratum between the endoderm and cardiomyocytes that is required for cardiac fusion (Trinh, et al. 2004). Intriguingly, our preliminary studies have shown that the Fn1a substratum is quite dynamic during heart tube formation, remodeling the orientation and number of fibrils. Glycans are attached to the extracellular domains of cell receptors and to extracellular molecules, such as Pdgfra and Fn1a. By attaching themselves to the extracellular side of a large percentage of transmembrane proteins, glycans form a pericellular layer, known as a glycocalyx that directly interfaces with the extracellular environment. This project involves three major aims, in order to begin to elucidate the role glycosylation and the myocardial glycocalyx mediates cell-environmental interactions that regulate heart tube formation.

Joshua Bloomekatz, Assistant Professor of Biology, received his Ph.D. in Genetics at Weill Cornell Graduate School of Medical Sciences, New York, NY in 2009. As a grad student in The Kathryn Anderson Lab at Sloan Kettering Institute his studies found that the PI3K pathway directs the collective movement of the anterior visceral endoderm (AVE) during anterior-posterior patterning (Bloomekatz et al. 2012) and regulates pseudo-stratification of the neural plate (Grego-Bessa, J., Bloomekatz, J. et al. 2015). As a postdoctoral researcher in Dr. Deborah Yelon's laboratory he was awarded an AHA postdoctoral fellowship based on his work identifying a role for tal1 in restricting both endocardial adhesion and the plasticity of endocardial cells to switch to a myocardial identity (Schumacher, J*. Bloomekatz, J.* et al. 2013 *co-first authors). His research program as a principal investigator, based on intriguing preliminary findings from these projects, will investigate; the role of adherens junctions, tissue-tissue communication and ECM dynamics in the collective movement of cardiac cells as well as examining the intrinsic ability of cardiac cells to form a two- layered tube (cardiac organoids). Additionally, a long-term goal of the Bloomekatz laboratory will be to translate their findings into understanding specific cardiovascular diseases. His area of specialty at the University of Miss. is tissue morphogenesis, cellular identity and cardiac development.