OXFORD, Miss. – University of Mississippi faculty member Gregg Roman is exploring the genetic and neural mechanisms responsible for curiosity after securing a grant from the National Science Foundation. 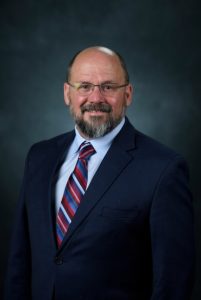 A professor of pharmacology in the School of Pharmacy, Roman serves as principal investigator for a project that uses species of Drosophila, or fruit flies, to study the genes and neurons that drive the exploration of novel stimuli.

“When a new object, smell or sound appears in the environment, many organisms will explore those stimuli to learn more about them,” said Roman, who joined the Department of BioMolecular Sciences in 2021. “For the curious, this need to become familiar with this novel stimulus can be compelling, but for others, this stimulus is ignored or even actively avoided.

“People with high levels of neophilia, or a need to explore novelty, are at a much higher risk of abusing multiple drugs of abuse. We are interested in understanding what causes stable differences in neophilia.”

Roman is collaborating with Yuan Yuan Kang and Benjamin Soibam from the University of Houston-Downtown’s College of Sciences and Technology. Their research goals are to define the role of dopamine in driving the need to explore and determine why the need to explore novel stimuli was lost during the evolution of some fruit fly species.

The research will use a genetic approach to dissect the genes responsible for curiosity by removing the activity of a protein or neuron. If removing the specific protein changes exploration, then it would be known that the protein has a role in the trait.

The fruit fly is an outstanding model system with extensive transgenic and genetic tools for dissecting behavior and neural functions, Roman said. The species also shares many important attributes with mammals, but is much simpler and easier to understand.