OXFORD, Miss. – Sally Earl’s career has been defined by a willingness to collaborate with those in and out of the pharmacy profession. 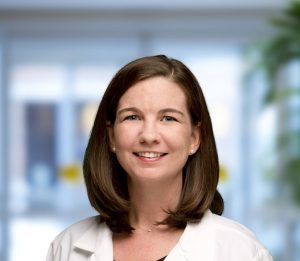 As a clinical assistant professor of pharmacy practice at the University of Mississippi School of Pharmacy, Earl’s work extends beyond the classroom. When Earl began her position at the school in 2017, she worked with the Stern Cardiovascular Foundation in Southaven. There she assisted with the appropriate management of medications for cardiovascular diseases with an interdisciplinary team of physicians and nurse practitioners.

In 2019, Earl’s clinical practice moved to the Baptist Cancer Center in Oxford, where she is focused on clinical pharmacy management of hematology and oncology patients with a focus on oral chemotherapy. This role allows Earl to work with a large interprofessional group, including physicians, nurses, nurse practitioners, social workers and dieticians.

Earl said this work has shown her the importance of health care collaboration.

“My clinical roles have all given me the opportunity to work with interprofessional teams and see the benefit this approach has to patient care,” Earl said.

Originally from Corinth, Mississippi, Earl earned her Pharm.D. from Ole Miss in 2009. Earl then moved to Greensboro, North Carolina, completed her residency and worked as a clinical pharmacist at Moses Cone Hospital. She then became the lead clinical pharmacist at Cone Health Medical Group HeartCare before returning to Oxford in 2017.

Earl is passing down the knowledge gained through all those experiences to her students. She currently serves as the academic coordinator for first and second year interprofessional education courses, working with both health care and non-health care faculty at the Oxford and Jackson campuses. Students in these courses are given unique opportunities to learn about, from and with students from different disciplines.

The IPE program has seen its success grow, which Earl credits to the diligence of the faculty in honing their craft.

“This can be a very challenging role as we as faculty have to practice the core competencies for interprofessional practice,” Earl said. “However, we have been very successful at developing sustaining programming and growing the partnerships each year.”

Earl wants student pharmacists to see the value in interprofessional collaboration, noting that ultimately it will be patients that benefit. 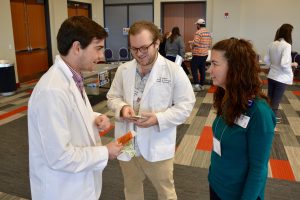 “From the IPE perspective, health care does not occur in silos,” Earl said. “All of the different disciplines must work together in order to have the best outcomes for our patients.”

Earl’s work in the interprofessional space is being recognized by her peers as well. This year, she was selected as a Distinguished Fellow by the National Academies of Practice.

NAP is a group of practitioners and scholars from 14 different health care professions who collaborate to support affordable, accessible and coordinated quality health care. Fellows are selected by their peers from the various professions.

Earl said joining this prominent group as a fellow was a tremendous honor.

“As I was preparing my application materials and reviewing the previous inductees, I was so impressed with the achievements of these members that I did not get my hopes up for becoming a fellow,” Earl said. “With that in mind, I was very surprised and excited when I received the email with the offer.”

“Dr. Earl is well deserving of this recognition,” Haines said. “She has been integrally involved in the interprofessional course series in the new curriculum, and is also engaged in research regarding the impact on student learning, team readiness and collaborative practice.”