OXFORD, Miss. – Students often look to their parents for guidance and inspiration when deciding on their career path. For Val Soldevila, that was no different, as his father, Frank Soldevila, provided many footsteps to follow.

“I have heard his story numerous times, of how he came to the United States from Panama without speaking English,” Val Soldevila said.

Frank Soldevila immigrated to the U.S. in 1944 to pursue a pharmacy education. He began his studies at Loyola University in New Orleans, Louisiana, for two years before finding his eventual academic home at the University of Mississippi School of Pharmacy. Soldevila graduated with honors and went on to a successful pharmacy career. 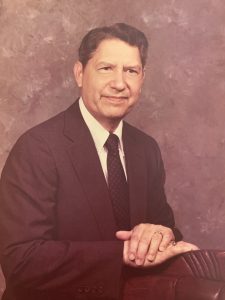 He was a registered pharmacist for more than 50 years at the time of his death in 2015.

It was this story that inspired Val Soldevila to establish a scholarship in his father’s name that will make an impact on future pharmacists. The Francisco “Frank” Soldevila Pharmacy Scholarship Endowment will help students forge their own path in pharmacy.

“Since I sold my pharmacy in 2020, I thought it was only fitting that I could honor my father in this way,” Val Soldevila said. “I am sure it would make him proud that he will be helping deserving students in their pharmacy careers.”

Following his father’s example, Soldevila pursued his own career in pharmacy. He also attended Ole Miss, where he embraced the educational opportunities and the strong relationships formed.

“My best memories would have to be the lifelong friendships that I made from pharmacy school that I still enjoy today,” he said.

After graduating in 1977, Soldevila began his career at Economy Drugs in Clarksdale, Mississippi. Eight years later, he bought half ownership of Henderson Drugs of Clarksdale, and became a partner with his father.

Val Soldevila said the opportunity to work alongside his father provided even more valuable lessons.

“My father gave so much of himself to pharmacy and also to me over the years,” the son said. “He taught me a lot about pharmacy and running a business.” 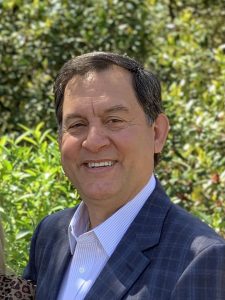 His work with MPhA earned him the J.D. Slater District Achievement Award in 2013 and the Executive Directors MVP award in 2014. Earlier this year, he was named Clarksdale’s Best Pharmacist of the Year.

Donna Strum, interim dean of the School of Pharmacy, praised the establishment of the scholarship.

“Frank Soldevila’s story should serve as inspiration to any student,” Strum said. “I’m so pleased that Val is helping his father’s legacy live on for years to come through this scholarship.”

To make a gift to the Francisco “Frank” Soldevila Pharmacy Scholarship Endowment, send a check, with the endowment’s name noted in the memo line, to the University of Mississippi Foundation, 406 University Ave., Oxford, MS 38655; or give online at https://give.olemiss.edu.

For more information on supporting the UM School of Pharmacy, contact Sally Rychlak, associate director of development, at sallyr@olemiss.edu or 662-915-3084.