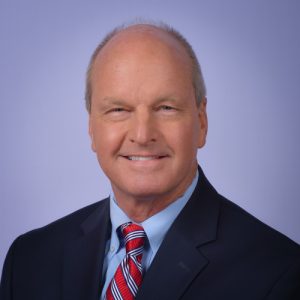 “It was such a complete surprise, genuine honor and humbling experience to be notified this past summer as recipient of this award,” Wall said. “During my graduate program, I was privileged to receive the Nobles-Sam Medicinal Chemistry Research Award, so it is very special to receive this award in honor of professor Sam.

“Dr. Sam would occasionally attend Department of Medicinal Chemistry gatherings during my graduate school years at Ole Miss, and I especially remember his ‘gentleman persona’ and personal attention he showed to each of us graduate students.”

After receiving a bachelor’s degree in chemistry at Auburn University, Wall completed his master’s in medicinal chemistry at Auburn’s Harrison School of Pharmacy before coming to Ole Miss for his doctorate. Interestingly, Wall’s master’s thesis was directed by C. Randall Clark, the 2018 Joseph Sam Distinguished Alumnus awardee.

“The committee was unanimous in selecting Dr. Wall for this year’s award,” Rimoldi said. “He is an accomplished scientist and biotech industry leader with over 30 years of drug development and commercialization expertise.”

After completing his doctorate at UM, Wall worked 22 years for Alcon Laboratories, where he launched an ear, nose and throat, known as otolaryngology, research-and-development effort and led development and approval, including pediatric exclusivity, of Patanase Nasal Spray for seasonal allergy symptoms and Ciprodex Otic Suspension for acute ear infections, both of which became prescription-leading products in their categories.

He also contributed significantly to development of many other eye, ear and dermal products.

Wall serves as a United States Pharmacopeia Expert Committee member. Based on his contributions to new ENT products, Wall was inducted as a scientific fellow in the American Academy of Otolaryngology-Head and Neck Surgery. Sponsored by Alcon, Wall also completed the Harvard Business School Advanced Management Program.

Over his pharma career, Wall has authored more than 100 publications, abstracts, books and chapters, and was named inventor on 40 patents.

“During my experience in the pharma industry, I perceived the Ph.D. education I received from the Ole Miss School of Pharmacy Department of Medicinal Chemistry was distinctly broader than that of many peers with doctorate degrees from other institutions,” Wall said.

Wall’s lecture also will be webcast via Zoom.

The award’s namesake, Joseph Sam, was an influential part in educating future scientists in the field of drug development and discovery. He served as one of the first chairs of the Department of Medicinal Chemistry, dean of the university’s Graduate School and vice chancellor of research. The award was created in 2009 to honor his inspirational spirit.