JACKSON, Miss. – A messaging application popular with video gamers is helping a University of Mississippi pharmacy professor spark interaction among students in his classroom.

Discord, which allows users to create communities around common interests, has seen its popularity grow wildly since its launch in 2015, and it boasts more than 150 million monthly users.

Daniel Riche, professor of pharmacy practice in the UM School of Pharmacy, found value in using the app in his classroom at the University of Mississippi Medical Center. It allows him to quickly get in touch with students and interact with them in a way that other, older platforms cannot. 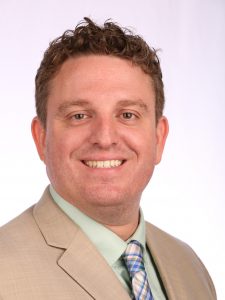 “Discord allows for customization of a communication platform,” Riche said. “In addition to real-time responses, there are other features like voice chat, group breakouts, roles, pings and announcements.”

Discord looks like a chatroom at first glance. It also offers other services, such as voice chatting or uploading images, documents and other materials. Since it can be used on many devices, including smartphones, computers and tablets, it’s a convenient way to connect.

The app was first used in video gaming communities, allowing them to coordinate and chat as they played. It has expanded into other communities over the years and even into the education world. More than 200 colleges and universities are using Discord as hubs for students, according to the company’s website.

Like many others, Riche was introduced to Discord through video games. When looking for a way to efficiently communicate with student pharmacists, Riche found features that improved his classroom, allowing students to easily get help they needed while opening up new ways for them to collaborate with one other.

“I had the students utilize Discord for various things, including assignments, group work, breakouts during active learning, help sessions on voice chat and even pinning uploads of information complementing the day’s lecture from our teaching assistant.”

Discord’s mobile app lets users access all its features from their phones.

“I had a quick and easy way to ask my questions, to notify the person who I needed an answer from and to get a notification when it was answered,” Simmerman said. “I also like Discord because I felt as if students were more open to ask questions they may not have asked otherwise.”

Riche found Discord especially helpful as remote learning became the norm during the COVID-19 pandemic. While Zoom provided a safe way to conduct a class, Riche said that it didn’t allow for much of the interaction that would otherwise take place. That’s where Discord made a difference.

“Having a real-time, robust communication platform was essential during the distance-learning education shift,” Riche said. “Collaboration was emphasized in group work, and it was much better to use Discord to break into active-learning groups than Zoom breakout rooms.”

Pointing out that the technology used by students is always evolving, Riche said that Discord offers an opportunity for educators to meet today’s students where they are.

“Technology has changed, and students have changed with it,” he said. “The focus needs to be on how we, as educators, are communicating with the learner.

“An educator’s comfort zone in content delivery needs to widen consistently, and it starts with understanding the best way to communicate.”