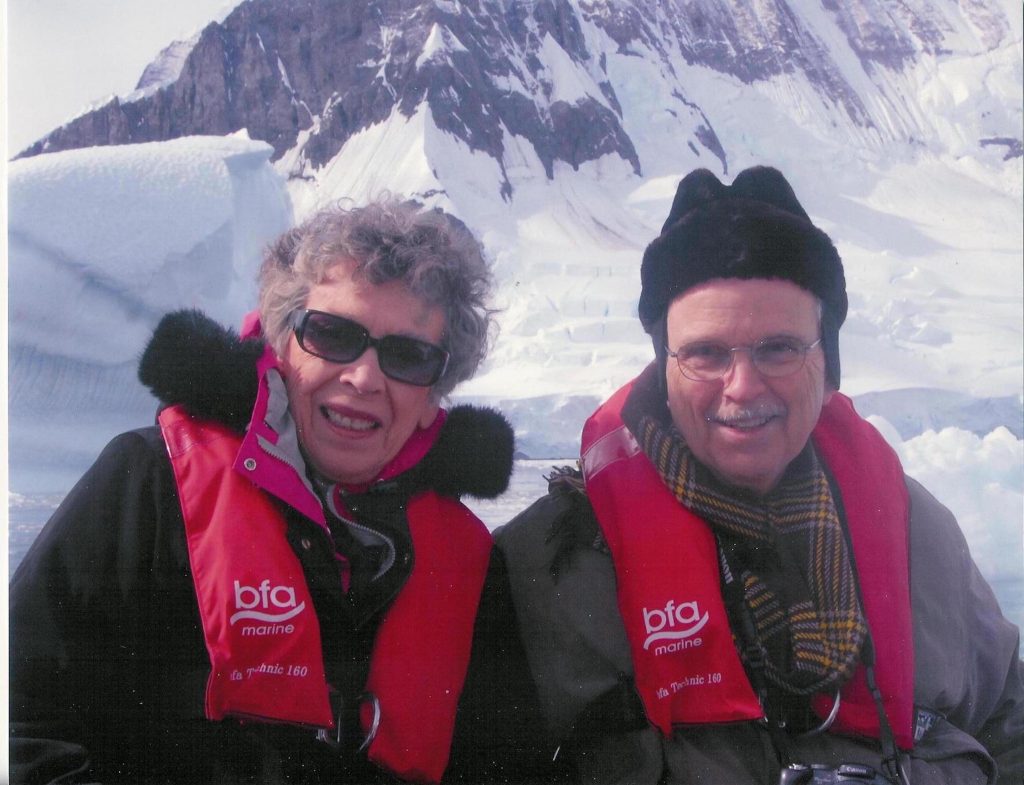 Raye (left) and David Newton traveled the world after retirement, visiting many other continents, including Antarctica. Submitted photo

OXFORD, Miss. – Of those who crossed paths with University of Mississippi School of Pharmacy administrators Charles Hartman and Mickey Smith, many will say what a great impact each had on their lives and careers. David Newton is one of those who is quick to note the influence each had on him personally.

As a result, Newton is making a difference for future pharmacists and educators with the Raye R. and David S. Newton Scholarship Endowment. This unique gift will help students in both the UM School of Pharmacy and School of Education.

“Both my late wife, Raye, and I recognized the importance of education,” Newton said. “We were very strong proponents of education, especially in guiding our three children. That’s one of the reasons I set up this scholarship, because I wanted to help students, particularly in Mississippi, continue their education and improve their lives.

“When reflecting on my life, I have a history of supporting the less fortunate and those who may need more assistance. I’m keen on trying to help folks better themselves.”

Born and raised in Marks, Newton earned degrees in business administration from the university in the late 1950s. However, needing a different career path, he returned to Oxford for a degree that complemented his retail background.

He enrolled in the School of Pharmacy, where he received a bachelor’s degree in 1965 and doctorate with an emphasis in pharmacy administration in 1971. He also met two influential people: Hartman and Smith. 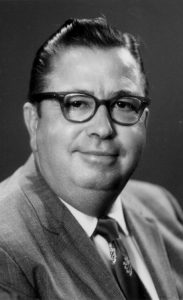 “It was probably the best decision, because one thing led to another once I came back to pharmacy school,” Newton said. “Charles Hartman and Mickey Smith just made it happen for me. I’m sure they helped many others, but I know I would not have done as well without their support.”

Newton first met Hartman, then dean of the pharmacy school, when he asked Hartman for part-time work. He continued to support Newton with contacts, scholarships and jobs, including a position with the American Association of Colleges of Pharmacy to provide data to the U.S. Congress, supporting request to include schools of pharmacy in the Federal Formula-Grant Program Under the Health Professions Educational Assistance Act, 1965-1971.

Newton’s original adviser in graduate school wasn’t Smith, who is the F.A.P. Barnard Distinguished Professor Emeritus of Pharmacy Administration. However, Newton was impressed and gravitated to Smith. The professor provided much-needed educational support for Newton, especially after he broke his leg during a department touch football game. 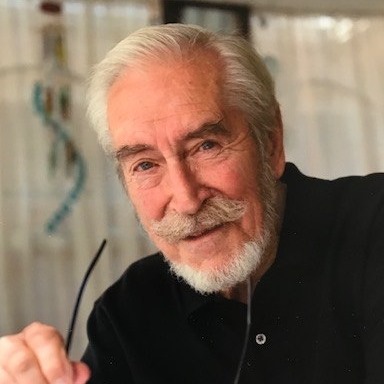 “I just had chance events impact so many things in my life,” Newton said. “It’s difficult for many of us to map out a pathway that we plan to follow in our lives. I took more time to do that.

“Dean Hartman was very helpful, especially financially, while Smith’s academic guidance kept me on track to get the job done.”

Newton jokes that he has finally stopped “collecting degrees” from Ole Miss, but he wasn’t the only UM alumnus in the family. His wife, Raye, was a 1957 graduate from the School of Education.

“This scholarship exemplifies how educators make a difference in the lives of students,” said David Rock, dean of the education school and professor of teacher education. “Dr. Newton’s philanthropy not only celebrates two favorite educational leaders but also enables our School of Education to support and inspire Mississippi’s future generations of teachers.”

Newton’s own career path combined pharmacy and education. He was a faculty member at the University of Houston College of Pharmacy before teaching at the Auburn University Harrison School of Pharmacy for 21 years.

“This gift will provide numerous opportunities for our university’s pharmacy and education students,” said Port Kaigler, director of development for the School of Pharmacy. “Charles Hartman and Mickey Smith’s influence continues to reach beyond our school and the profession. Their enthusiasm to see others learn and succeed made a difference for Dr. Newton and countless others.

“Dr. Newton is paying it forward by helping future students, and we are extremely grateful for his generosity.”

To make a gift to the Raye R. and David S. Newton Scholarship Endowment, send a check, with the endowment’s name noted in the memo line, to the University of Mississippi Foundation, 406 University Ave., Oxford, MS 38655; or give online at https://give.olemiss.edu.