OXFORD, Miss. – Miranda Craft, second-year student at the University of Mississippi School of Pharmacy, was selected for the national role of student exchange officer with the American Pharmacists Association Academy of Student Pharmacists.

Craft will be installed as part of the International Standing Committee at the APhA Annual Meeting in Seattle on March 22-25. The Jackson, Missouri, native will assist the current student exchange officer in her first year before assuming all duties in year two. 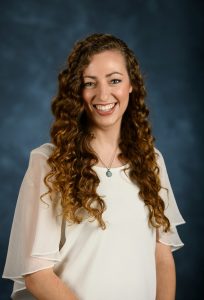 Craft’s main responsibility will be to oversee the Student Exchange Program through the International Pharmaceutical Students’ Federation for all incoming and outgoing students to and from the United States. She will also serve as an official delegate at the summer’s IPSF World Congress meeting in South Korea where future pharmacists can exchange ideas, network and learn from educational and scientific sessions.

“The past few years, I have been blessed to have had opportunities to both study and do pharmaceutical research while abroad in Europe,” Craft said. “These opportunities have opened my eyes to a greater world perspective, especially within the field of pharmacy. I believe it is important to see how the profession operates in countries outside the United States to give us the chance to question why we practice in certain ways and how we may improve in the future.”

Craft became an active voice for the global learning experience after traveling to Italy and France through various avenues. She hopes her new role will allow her to increase more students’ awareness of the benefits of studying abroad while giving her valuable experience in international affairs.

This won’t be Craft’s first leadership position, as she is currently international vice president for the Ole Miss APhA-ASP chapter.

Lauren Bloodworth, clinical associate professor of pharmacy practice and APhA-ASP adviser, says Craft has a way of bringing the “power of curiosity” to any officer role, which positively impacts the student body.

“Miranda has shown impressive leadership skills during her time with APhA-ASP,” Bloodworth said. “She has taken advantage of numerous study abroad programs and takes time out of her schedule to speak to our students about her amazing experiences. Her passion for international travel and student opportunities has encouraged more of our students to apply for SEP than ever before. I think that speaks volumes about her.”