OXFORD, Miss. – Alex Gochenauer, third-year student at the University of Mississippi School of Pharmacy, was awarded the American College of Apothecaries Presidential Scholarship for Academic and Leadership Excellence.

The $500 scholarship honors student pharmacists interested in independent pharmacy based on their leadership qualities, accomplishments and involvement in extracurricular activities. ACA also invited winners to the annual conference earlier last month to accept the scholarship. 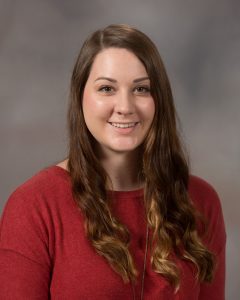 “I was elated to learn that I had won the award,” Gochenauer said. “Not only was this a great networking opportunity, but it gave me a chance to see different pharmacy career paths such as independent, compounding and veterinary pharmacy.”

Originally from Republic, Missouri, Gochenauer has extensive leadership experience, including serving as secretary for the first student chapter of American College of Veterinary Pharmacists, which Gochenauer helped to found at Ole Miss. She also serves on the Communications/Advocacy Committee and the Educational Committee for the International Academy of Compounding Pharmacists.

Associate professor of pharmacy administration Erin Holmes has been a mentor for Gochenauer throughout her pharmacy school career and wrote a recommendation for her to receive the scholarship.

“I cannot imagine a student more deserving of this scholarship than Alex,” Holmes said. “She is very motivated, has always been a self-starter, has a strong work ethic and has profound attention to detail. She is an exceptional representative of our School of Pharmacy and I am extremely proud of all she has accomplished. I look forward to her future contributions to our profession.”