Pharmacy Alums Match Medications with Need at Dispensary of Hope

OXFORD, Miss. – University of Mississippi School of Pharmacy alums Hillary Blackburn and Edward Woo know that everyone needs a little help now and then. That’s why they work with Dispensary of Hope to provide necessary medications to patients who may not be able to otherwise afford them. 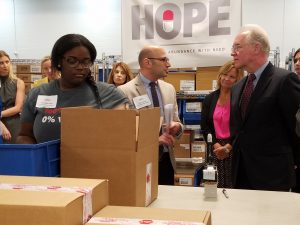 Based in Nashville, Dispensary of Hope is a charitable medication distributor that connects supplies of unused medications to pharmacies and clinics serving low-income and uninsured patients across the nation. Blackburn and Woo both found their staff roles after volunteering with the company, and are now two of the 24 team members working directly for Dispensary of Hope.

“Working in community pharmacy for nearly 10 years, I have seen many patients that were in need of medications due to chronic or acute medical conditions, but unable to afford them,” Woo said.

Woo, who earned his Pharm.D. in 2007, added that providing patients with their necessary medications regardless of income is an ongoing concern.

“I wanted to help solve this issue by ensuring that the uninsured population had better access to medications,” Woo said. “Once I saw the unique way Dispensary of Hope met this population’s needs, I knew it was the place for me.”

Blackburn, a 2011 Pharm.D. graduate, shares Woo’s sentiments. Her time as an intern with the pharmacy department of the Health Resources and Services Administration in Washington, D.C., gave her insight into the importance of medication access for the uninsured. 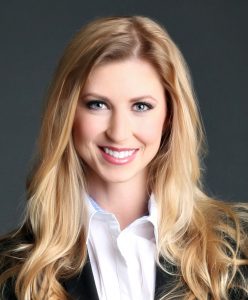 “My visits to the clinics and hospitals that utilize Dispensary of Hope give me a glimpse into the lives of those positively affected by the service,” Blackburn said. “Seeing their faces and hearing their stories show me I chose the right profession because it allows me to serve others and to help make a difference.”

As director of Dispensary of Hope’s pharmaceutical services since November 2015, Blackburn provides expertise to clinical pharmacists and consults with pharmacy leaders across the nation about affordable medication access. Blackburn helps Dispensary of Hope partner with safety net clinics, charitable pharmacies and many of the nation’s health care systems. The network continues to grow through word of mouth, conference attendance and email introductions. The distributor now has over 145 access sites across 28 states.

Woo leads the charge on data analytics for organizational operations as the director of pharmaceutical operations. This role utilizes both Woo’s Pharm.D and his bachelor’s in electrical engineering, also from UM.

“My dual degrees are a perfect combination for this role,” Woo said. “I use my analytical and problem-solving skills that I learned in electrical engineering for data analytics and technical implementation of software within Dispensary of Hope. With my pharmacy degree, I can understand medications, their uses and be able to help make decisions on formulary medications for medication dispensaries.” 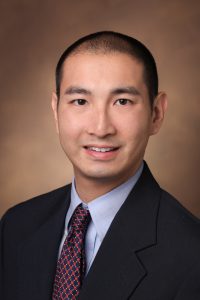 With Blackburn and Woo’s help, Dispensary of Hope serves over 40,000 patients each quarter. It filled 744,731 month-long prescriptions in fiscal year 2017 and has no plans to slow down.

“We hope to make a meaningful impact on the health and lives of the most vulnerable through access to medication,” Blackburn said. “With a goal of 260 sites by 2020 and over 1,000 sites in the next decade, our vision is to serve over a million of the sickest Americans who lack coverage with a consistent supply of medication.”

This work not only impacts those who need medications, but has allowed Blackburn and Woo to learn more about themselves, their leadership abilities and the work it takes to help others.

“Before Dispensary of Hope, I did not realize that the need for medications for the uninsured was so great in our nation,” Woo said. “Through this work, I’ve learned that the health of our nation depends on getting the processes right. This may take time, but it can’t be rushed.”