Marie Barnard began work as an assistant professor in the Department of Pharmacy Administration on July 1, 2017. 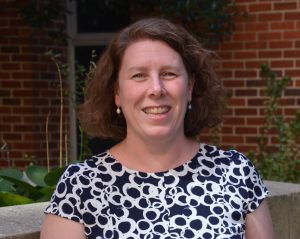 Barnard most recently served as interim director of the UM Center for Educational Research and Evaluation. She has also worked as assistant dean in the UM School of Applied Sciences and executive director of the Center for Intelligence and Security Studies.

Originally from Drexel Hill, Penn., she earned her Ph.D. in pharmaceutical science from the School of Pharmacy. She also received a B.A. in law and a B.S. in psychology from American University, as well as a M.S. in epidemiology from the University of Tennessee.

Barnard’s professional interests include public health, methods of research and health behavior. Her current research evaluates an NIH-funded science education initiative that aims to increase students’ interest in the health sciences, as well as looks at HPV vaccination behavior and the healthcare response to domestic violence.

She has served on the boards of the Lafayette County Literacy Council, the Oxford Community Garden Association, the Good Food for Oxford Schools program and the Oxford School District’s Wellness Council. She has two sons and likes to read, knit and travel.