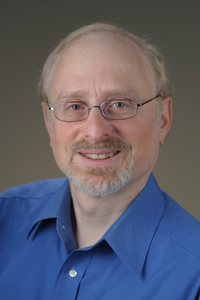 Kenneth A. Jacobson, chief of the Laboratory of Bioorganic Chemistry and the Molecular Recognition Section at the National Institutes of Health’s National Institute of Diabetes and Digestive and Kidney Diseases, will deliver the Department of Medicinal Chemistry’s ninth annual Ronald F. Borne Distinguished Lecture.

Free and open to the public, the April 30 lecture is set for 11 a.m. in Room 1000 of the Thad Cochran Research Center. Jacobson plans to discuss “Structure-Based Discovery of Novel Ligands of GPCRs: Focus on Adenosine and P2Y Receptors.”

“Dr. Kenneth Jacobson is a distinguished and exceedingly accomplished scientist,” said Stephen J. Cutler, chair of the Department of Medicinal Chemistry. “His study of G-coupled receptors, including those for adenosine, has contributed importantly to our understanding of the mechanisms of various diseases of the central nervous system, immune system and the cardiovascular system.”

Jacobson is internationally known for his work with G protein-coupled receptors. He originated multiple conceptual approaches to studying GPCRs, including neoceptors and functionalized congeners.

Jacobson was a Bantrell Fellow at Weizmann Institute of Science in Israel before joining the NIH in 1983. His recent awards include the American Society for Pharmacology and Experimental Therapeutics’ 2009 Pharmacia-ASPET Award in Experimental Therapeutics, the 2008 Sato Memorial International Award of the Pharmaceutical Society of Japan and the 2003 Hillebrand Prize from the Chemical Society of Washington for original contributions to the science of chemistry.

He has mentored more than 60 postdoctoral fellows and published approximately 600 scientific papers. He received a B.A. in liberal arts from Reed College in 1975 and a Ph.D. in chemistry from the University of California at San Diego in 1981.

Cutler said he is looking forward to Jacobson’s lecture.

“(Jacobson) has received numerous awards, recognitions and honors for his contributions to the field of medicinal chemistry,” Cutler said. “We are honored to have him serve as our ninth annual Ronald F. Borne Lecturer.”

The lecture was established in 2004 as a way of recognizing Ronald F. Borne, a longtime medicinal chemistry professor, and his contributions to the department and the university. Borne was a classroom favorite of students for many years and has been recognized on numerous occasions for his teaching and research excellence. He received the university’s 1972 Elsie M. Hood Teacher of the Year Award and 1996 Faculty Achievement Award. He was also named by the Council for the Advancement and Support of Education as the Mississippi Professor of the Year in 1992.

For more information on the lecture or for assistance related to a disability, contact Candace Lowstuter at medchem@olemiss.edu or 662-915-7101.