The Medicinal Plant Garden had its genesis in July 1965, when Dr. Norman Doorenbos (professor and later chair of the Pharmacy School’s Pharmacognosy department) began studying the chemistry of the genus Rhus (common name Sumac). He collected material in the wild from two native species, Rhus glabra L. and Rhus coppalina L. and grew out these species in various locations in Mississippi, including the area on campus that is now the four acre Medicinal Plant Garden. Other species, such as Papaver bracteatum Lindl. (hopeful substitute for the opium poppy), and Stizolobium deeringianum Bort. (an L-dopa containing velvet bean), were grown on campus. A popular new variety of hot pepper, Capsicum annuum L. was developed at the garden, named by McCormack Spice company “Mississippi Hot.” 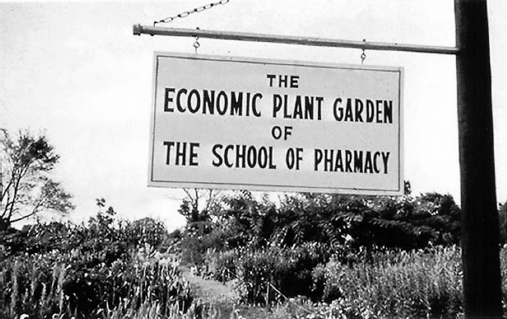 In July 1967, Dr. Maynard Quimby joined the Department of Pharmacognosy, and worked with Dr. Coy Box, a horticulturist at Mississippi State University, to expand the plots into an actual research garden. By the following year, there were two 20 x 60 foot hoophouses. Over 100 different species planted, and that same year, this newly titled “Economic Plant Garden” became home to a National Institutes of Health-funded venture propagating marijuana for new drug discovery purposes. 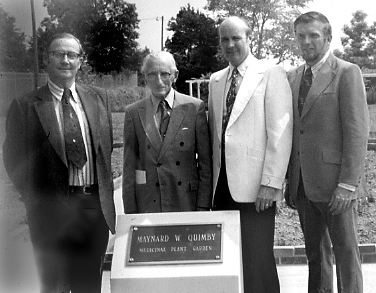 In 1969, the marijuana project was expanded under the leadership of Dr. Coy Waller, director of the newly established Research Institute of Pharmaceutical Sciences (RIPS), under the School of Pharmacy. An area next to the original Economic Plant Garden was fenced off and tight security instituted. Meanwhile, various research projects, including studies of agronomic crops like potatoes, were carried on at the Economic Plant garden. On June 11, 1976, the garden was renamed the Maynard W. Quimby Medicinal Plant Garden, a dedication in honor of Dr. Quimby’s valuable contributions. And for the first time, a garden supervisor, Mr. Jim Urbanek, was appointed.

Dr. James McChesney took over leadership of RIPS and supervision of the Quimby Medicinal Plant Garden. In 1986, Dr. Edward M. Croom was appointed as the garden’s first botanist. During his tenure, Dr. Croom pursued research on a number of different species. His successful cultivation of Artemisia annua L. (with seeds from China) led to the world’s first isolation 1 kg. of artemisin. He engineered a special machine to strip the leaves from the plants, which covered a 1/3 of an acre.

Dr. Croom also worked with various species of the Pacific yew (genus Taxus), a small under story tree from the Pacific Northwest forests. In the late 1960’s, scientists had isolated a promising anticancer compound (named “taxol”) from the bark of a particular species, Taxus brevifolia Nutt. However, further drug development (funded by Bristol Meyers) eventually stalled when the collection of bark from Oregon and Washington trees was expanded. Research personnel found that it took three to four 150- to 200-year-old trees to supply the necessary raw material (bark) to treat one cancer patient. An adequate supply of the drug could not be assured.

Into the gap stepped Dr. Croom and Dr. Mahmoud ElSohly (also with RIPS), who undertook to evaluate several two species of Taxus (Taxus baccata L. and Taxus cuspidata Siebold & Zucc.)plus a hybrid, Taxus cuspidata x Taxus baccata, and more than 100 cultivars, all normally used for ornamental landscaping. Through funding from the National Cancer Institute and the U.S. Department of Agriculture’s Agricultural Research Service (USDA/ARS), a research team from the Ohio Agricultural Research and Development Center (OARDC) at The Ohio State University, and Zelenka Nursery, Inc. (Michigan) were asked to join RIPS to form what was called the “Alliance for Taxol.”

Growing these species at the Medicinal Plant Garden and in Michigan allowed researchers to harvest clippings and needles (rather than bark), test different pruning, harvesting and drying methods, and to isolate various taxanes. The need for drying the clippings and needles of these species was established during preliminary laboratory research (Croom et al., 1991) and Dr. Croom developed a commercial scale dryer in 1991. The isolation and conversion of these other taxanes to Taxol from these various species increased Taxol supplies several fold and enabled important research to continue. 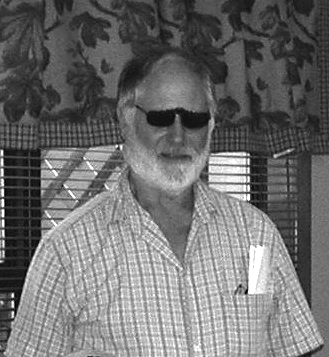 In 1992, based on the excellent performance of RIPS in drug discovery efforts, the U.S. Department of Agriculture awarded the School of Pharmacy funding to create a multidisciplinary group of scientists. These researchers, joined by the pharmaceutical and agricultural industries, formed the National Center for Natural Products Research (NCNPR). The Quimby Medicinal Plant Garden continued to prove a valuable resource, and Dr. McChesney hired the garden’s second botanist, Dr. Charles Burandt in 1993. In addition to work with the “Taxol Alliance,” Dr. Burandt traveled throughout the United States and Mexico collecting plant material for NCNPR chemists. He upgraded and expanded the plant materials grinding operation (the next step in preparation for testing a species, after careful collection and drying of desired biomass). Dr. Burandt built new beds in order to grow out targeted species under different conditions, and added Ms. Holly Barret, a horticulturist, to the staff.

From 1997 thru 2004, Dr. Burandt oversaw a major venture with agronomist Greg Swain and farmer Ed Lowe. Funded by both the American Mercantile Corporation (an international trading company dealing with herbal materials) and the Mississippi State Legislature, the team joined Alcorn State University to grow over 30 species of medicinal plants for large scale production as cash crops by Mississippi growers. Each species was first grown in small beds in the Medicinal Plant Garden. If results were positive, larger fields at the garden were direct seeded, or planted with seedlings started from both wild-crafted and purchased seed by Nan Johnson (Ms. Barrett’s successor) in the garden greenhouse. Then Mississippi farmers grew additional acres around the state, using tens of thousands of seedlings started at the garden. Special harvesting and drying equipment were created to deal with tons of medicinal plant material.

In 2000 Dr. Ikhlas Khan, Assistant Director of the NCNPR, obtained a grant from the U.S. Food and Drug Administration (FDA) to study the safety and efficacy of herbal supplements produced in the U.S and abroad. Since this involved the identification and authentication of the hundreds of plant species, the first step was the systematic development of authenticated living plant collection. Dr. Khan appointed a botanist, Dr. Aruna Weerasooriya, to the NCNPR in 2002 to oversee the expansion of the Medicinal Plant Garden. Together with Dr. Burandt, Dr. Khan oversaw the construction of a 30×60 feet greenhouse to house the living collection. Additional staff person, Nan Johnson, oversees the day to day care of plants, harvests biomass and collects seeds, gives tours and workshops for the public, and supervises work-study student gardeners.

Under the care of Dr. Weerasooriya, the garden has grown over 1000 authenticated living medicinal plant species, outdoors and in greenhouses. As part of Dr. Khan’s FDA project, Dr. Weerasooriya established a seed bank in 2002. The garden collaborates with numerous national and international botanic gardens to exchange medicinal plant germplasm. It is registered with the Botanic Gardens Conservation International (BGCI) and is a member of both the International Plant Exchange Network (IPEN) and the American Association of Botanical Gardens and Arboreta.

During the last four decades, successive generations of scientists at the School of Pharmacy and the National Center for Natural Products Center have found the resources of the garden invaluable. As a result, the garden has evolved to its present capacity, and looks forward to further growth. Under the University of Mississippi Research Park development plan, Maynard W. Quimby Medicinal Plant Garden was relocated in 2011 with a centralized administration and operation facility. As a botanic garden, we are committed to the successful implementation of a global strategy for plant conservation and we are working with other botanic gardens ensure that we maintain the world’s biological diversity.