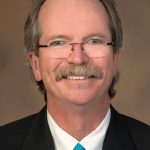 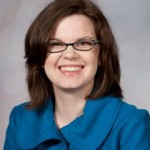 Dr. Katie McClendon, assistant dean for student services in the School of Pharmacy on the Jackson campus, was elected as a 2016 Fellow of the American College of Clinical Pharmacy (ACCP). The ACCP is devoted to the advancement of clinical pharmacy, which focuses on the science and practice of medication use. Fellowship in the ACCP indicates demonstrated excellence by a clinical pharmacist.

“It’s an honor to be elected as a Fellow of the American College of Clinical…” Read More. 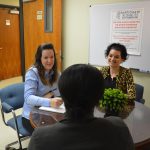 Researchers from the University of Mississippi School of Pharmacy invite diabetes patients from three north Mississippi communities to meet with physicians, pharmacists, nurses and others in a nonclinical environment to talk about where they struggle with diabetes self-management.

The effort to help patients self-manage their health is funded by a Eugene Washington Engagement Award of $214,084 from the Patient-Centered Outcomes Research Institute. The researchers are seeking people with diabetes from Oxford, Charleston and... Read More. 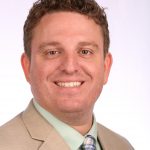 Daniel M. Riche and Phil Ayers were each honored with Mississippi Business Journal’s 2016 Health Care Heroes awards, which recognize contributions to health and well-being, on Sept. 29. Riche is an associate professor and Ayers is clinical associate professor in the University of Mississippi School of Pharmacy’s Department of Pharmacy Practice. They were chosen as two of 33 winners from around the state.

A patient of the University of Mississippi Medical Center Cardiometabolic Clinic… Read More. 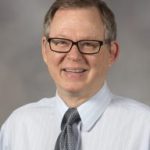 Stuart Haines, director of the Division of Pharmacy Professional Development and professor of pharmacy practice in the University of Mississippi School of Pharmacy, is being honored with the Robert M. Elenbaas Service Award from the American College of Clinical Pharmacy.

The award, named for the founding executive director of ACCP, is given to someone who has devoted exceptional time and energy to the organization, which works to advance clinical pharmacy. Haines was president of ACCP in 2006-07 and has served… Read More. 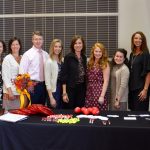 Phi Lambda Sigma is a national society dedicated to preparing student pharmacists to be leaders in their profession. The retreat, which began at the school in 2010, is a chance… Read More. 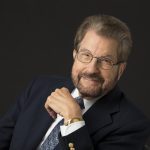 An alumnus of the University of Mississippi pharmacy school who has built a flourishing career as a crime novelist will sign copies of his latest thriller Saturday evening (Oct 8) in Oxford.

Robert Magarian will sign copies of “You’ll Never See Me Again, A Crime to Remember” at 7 p.m. at the Summit Lodge Bar (formerly the Burgundy Room) on the Oxford Square.

The author will be in town for the 50th reunion of School of Pharmacy… Read More.

1,300 Flu Shots: The students of Ole Miss APhA-ASP gave over 1,300 flu shots on the Ole Miss campus this year with Operation Immunization.