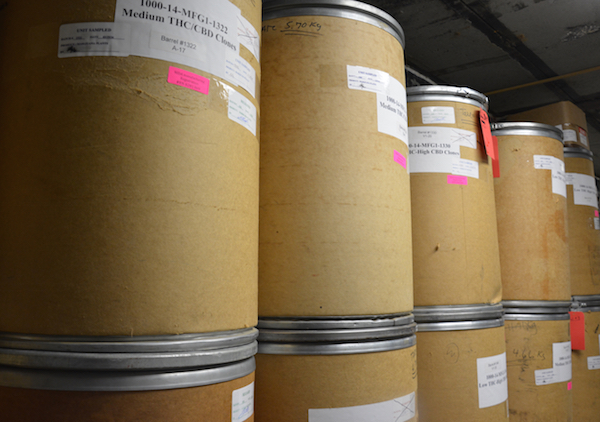 These reports reflect NIDA’s ongoing analysis of THC and other cannabinoid potency levels found in illicit cannabis products seized and submitted by the Drug Enforcement Administration and by state and local police agencies. It is up to participating agencies to determine which samples are submitted, and only samples from the illegal market are sent for analysis.

The reports are produced quarterly by the National Center for Natural Projects Research located at the University of Mississippi, under contract with NIDA. Cannabis specimens categorized as non-domestic are those received from DEA regional laboratories.

The purpose of these analyses is to monitor the potency of cannabis being distributed in the illegal marijuana marketplace and provide to NIDA, DEA and other interested agencies a comprehensive base for information on confiscated materials with respect to time, geographical area of confiscation, and the product type (cannabis, hashish, and hash oil). Information provided by the potency monitoring program is useful in assessing the potential health impact of cannabis use, as well as illicit distribution patterns.

Various forms of cannabis products tested in the laboratory are classified into one of three categories:

Note: The reports specify how many samples are examined in each quarterly time period.  The ‘n’ heading in some tables in this report denotes total numbers of specimens. In time-based data, ‘Year’ indicates the year of seizure, not the date of receipt or analysis.

NIDA began online posting of these analyses starting with 2019 reports, and they reflect cumulative data since 1995. The more detailed earlier reports from 1995-2018 can be made available.  Although potency monitoring data has been collected since 1973, data from 1973-1994 has been archived at NCNPR and is available for study.  If interested in obtaining the earlier data or reports, a request should be made to Robert Walsh at rwalsh@nida.nih.gov.