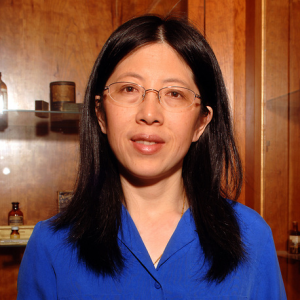 Project: The Role of O-GlcNAc Glycosylation in Tumor Hypoxia Signaling

Oxygen homeostasis is considered one of the critical principles in evolution, biology, and medicine.  In humans, high levels of oxygen (hyperoxia) can cause oxygen toxicity and low oxygen levels (hypoxia) are associated with hypoxia-related diseases such as ischemic and neoplastic disorders.  The body responds to changes in oxygen levels by altering respiration rate and blood flow at the organism level, and by triggering responses from a network of signaling pathways that modify the gene expression landscape at the cellular level.  Delineating the cellular pathways that sense oxygen levels and trigger a cascade of responses will not only advance our understanding of oxygen homeostasis, but also afford new targets for the prevention and treatment of oxygen-related pathological conditions that range from cancer, cardiovascular diseases, diabetes, macular degeneration, to obesity.

The goal of this proposed research is to resolve the role of O-linked b-N-acetylglucosamine (O-GlcNAc) glycosylation in tumor hypoxia.  Post-translational addition of O-GlcNAc onto intracellular proteins has emerged as an essential regulatory mechanism of many physiological functions.  Cancer cells display elevated total O-GlcNAcylation by increasing the activity of O-GlcNAc transferase (OGT) and/or decreasing the activity of the deglycosylating enzyme O-GlcNAcase (OGA).  The inhibition of O-GlcNAcylation supresses oncogenesis.  The tumor microenvironment has been recognized as an important contributor to tumorigenesis and malignant progression.  However, it is not known how the tumor microenvironment affects the O-GlcNAcylation of intracellular proteins and related cellular signaling pathways.  This project is to investigate the role of O-GlcNAcylation in tumor hypoxia, a signature feature of the solid tumor microenvironment.

This research focuses on hypoxia-inducible factors (HIFs), master regulators of oxygen homeostasis that mount cellular responses to hypoxia at the transcription level.  Over 100 genes have been identified as HIF-target genes that encode proteins involved in many aspects of cellular physiology, ranging from cellular metabolism, proliferation/survival/death, cytoskeletal structure, adhesion/motility, angiogenesis, erythropoiesis, vascular tone, stemness, to drug resistance.  The HIFs are the key mediators of tumor hypoxia signaling, promoting malignant progression and treatment resistance.  Recent research (Mol. Cell 2014; 54:820-31) revealed that O-GlcNAcylation regulates metabolic reprogramming and stress response in tumor cells via the HIF-1 pathway.  Built on the hypothesis that O-GlcNAcylation directly regulates HIF-1 activity and downstream signaling, we will identify the O-GlcNAc site(s) on HIFs and resolve the connection(s) between O-GlcNAcylation and HIF-mediated hypoxic signaling in tumor cells.  Accomplishing these Aims will not only reveal novel role(s)/mechanism(s) of O-GlcNAc glycosylation in oxygen homeostasis, but also provide potential drug targets for tumor hypoxia.

Dr. Yu-Dong Zhou received her B.Sc. degree in Biochemistry from Fudan University (China), M.Sc. and Ph.D. degree in Biochemistry and Molecular Biology from Emory University (Advisor: Dr. Kenneth E. Bernstein).  After a postdoctoral training in Molecular Biology and Neuroscience at the University of Texas Southwestern Medical Center (Supervisor: Dr. Steven L. McKnight), she started cancer and natural product-related research at the University of Mississippi.  Over time, her research achievements have been well recognized by her peers (awards, invited talks, research funding, review grant proposals for funding agencies and manuscripts for journals, etc.).