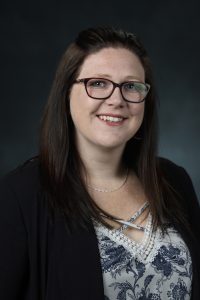 Project:  "Influence of the Receptor for Advanced Glycation End Products on Healthspan"

Preventing or limiting the natural decline of physiological functions, such as the ability to learn, remember, sleep well, and perform physical tasks can drastically improve an individual’s independence and quality of life. The goal of this project is to evaluate whether the accumulation of advanced glycation end products (AGEs) directly cause these impairments in advanced age. AGEs alter protein and lipid structure and function and initiate inflammation and oxidative stress cascades upon activation of their endogenous receptor- receptor of advanced glycation end products (RAGE). While AGE/RAGE signaling is associated with several age-related pathologies like neurodegenerative diseases and reduced muscle mass, further evidence is needed to determine whether this system plays a causal role in the aging process. Evidence of causality in the C. elegans model system has shown overexpression of glyoxalase-1- an enzyme responsible for metabolizing an AGE precursor, methylglyoxal, increases lifespan in C. elegans, while knock-down decreases lifespan, damages neurons, and impairs locomotor ability. In-house, RAGE-deficient mice will be used to examine the aging processes on a behavioral, cellular, and molecular level. Preliminary observations indicate that RAGE knock-out mice are resistant to some of the physical and molecular changes of advanced aging, such as kyphosis and hair loss, as well as genetic markers of senescence (i.e., p16ink4a, p21, p53, TNFα, Bmi1, and IL-1β) within the RAGE knock-out brains, where AGEs still accumulated. A primary focus of this proposal will be on assessing whether the RAGE knock-out mice show changes in cognitive function, muscle strength, and frailty- all of which are important read-outs of an individual's healthspan.  Overall, the applicant hypothesizes a system-wide knock-out of RAGE will delay the onset of cognitive and physical impairments in advanced age, along with the molecular markers of aging by decreasing AGE/RAGE signaling.

Nicole Ashpole received her Bachelor of Arts in Biology from Concordia College, Moorhead MN in 2007 and her Ph.D. in Medical Neuroscience under the supervision of Andy Hudmon from Indiana University School of Medicine in 2012. Her graduate research focused on the understanding how changes in a key intracellular kinase signaling cascade, CaMKII, influenced the viability and function of neurons and astrocytes. Nicole went on to do her postdoctoral research in the laboratory of William Sonntag, at the Reynolds Oklahoma Center on Aging within the University of Oklahoma Health Sciences Center. There, she focused on examining how age-related changes in endocrine signaling affected the lifespan and healthspan of mice, with a special emphasis on how the loss of growth hormone and IGF-1 influenced learning and memory. Nicole began her independent research career the summer of 2016 at the University of Mississippi School of Pharmacy in the Department of BioMolecular Sciences as an Assistant Professor of Pharmacology and a Research Assistant Professor in the Research Institute of Pharmaceutical Sciences. 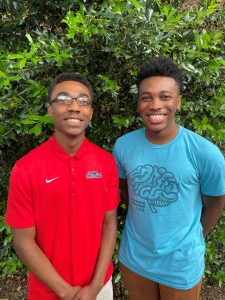