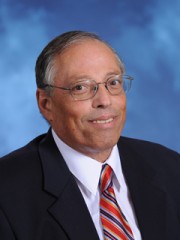 Isolation, identification, and analysis of biologically active compounds from plants and fungi, with special emphasis on anti-infectives.

Dr. Ross’s research interests include the isolation and structure elucidation of biologically active natural products from both higher plants and fungi especially alkaloids, flavonoids, steroids, triterpenes, and cannabinoids. Also his research interest include analytical method development of these compounds by HPLC, GC and GC/MS. Dr. Ross is heavily involved in research in the areas of drug abuse and in drug discovery and development.