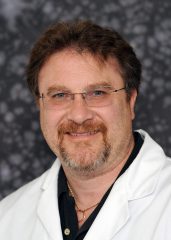 In 1998 he became Assistant Professor in the Department of Anatomy and Cell Biology, and in 2000 Associate Professor in the Department of Pathology, at Jefferson University, Philadelphia-PA where he further demonstrated the growth suppressive properties of RBL2 in various cancer cell lines as well as in xenograft mice models of lung cancer and glioblastoma using viral delivery of the RBL2 gene.  During these years, he suggested that RBL2 could be a novel biological drug useful to control growth of cancer cells, angiogenesis, and restenosis after angioplasty.  The method to inhibit restenosis following angioplasty by using an Adenoviral vector to transfer RBL2 was awarded a US patent in 2003.

In 2002 he moved at Temple University, Philadelphia-PA, as Associate Professor in the Department of Biology, where he became director of the Molecular Therapeutic Program and developed a novel targeted delivery system for viral transfer of therapeutic genes to diseased tissues utilizing ultrasound contrast agents (microbubbles) and ultrasound waves.  This method for the site-selective delivery using viruses encapsulated in microbubbles, was awarded a US patent in 2013.

In 2006 he moved at Marshall University in West Virginia where he became tenured Associate Professor in the Department of Biochemistry and Microbiology and director of the Translational Laboratories at the Translational Genomic Research Institute, Edwards Comprehensive Cancer Center.  There he co-developed the ChemoID® drug response assay, which compares the sensitivity of cancer stem cells vs. bulk of tumor cells to chemotherapy.  Three international patents cover the ChemoID® procedure, which is a second-generation functional drug response assay that uses a patient’s live tumor cells to indicate which chemotherapy agent (or “combinations”) will kill the bulk of the cancer tumor and the cancer stem cells (CSCs) that are known to cause cancer to recur. As cancer stem cells form a very small portion of a tumor, the current treatments often fail to choose drugs that act on cancer stem cells, which are responsible for tumor recurrence. Targeting of CSCs alongside the bulk of other cancer cells is a new paradigm in cancer treatment. This constitutes an important advantage of ChemoID® approach over other assays available. By testing multiple chemotherapies on a patient’s tumor cells before clinically treating a cancer patient, ChemoID® Assay may enable faster reaction time to administer the optimum selection of chemotherapy drug(s), increased patient survival, and lower treatment costs by eliminating unnecessary chemotherapies, and decreased levels of toxicity.  In 2010 he co-founded Cordgenics, LLC a company that is focused on cancer stem cells diagnostics and discovery of novel therapeutics.

He moved to the University of Mississippi in 2015 as tenured Professor in the Department of BioMolecular Sciences, National Center for Natural Products Research (NCNPR), and Department of Radiation Oncology, where he became the Director of the Translational Laboratories at the Medical Center Cancer Institute.  His focus is now to bridge and to integrate the basic cancer research conducted at both the NCNPR/School of Pharmacy and the University of Mississippi School of Medicine and Cancer Institute in Jackson with the various clinical oncology research groups, oncologic surgeons, radiation oncologists, and radiologists in an effort to translate discoveries and laboratory work conducted at OleMiss and UMMC into clinical evaluation and precision medicine.

Dr. Claudio has authored 143 publications in biomedical journals to date. He has served or serves on numerous grant review panels for NIH, NCI, DOD, and foreign research funding agencies from Italy, Germany, The Netherlands, Neurasia, and the European Commission. He serves as Editor or Associate Editor of a number of biomedical journals, and has served as an advisor to several pharmaceutical and biotechnology companies.