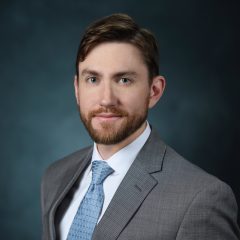 Dr. Paris received his B.S. from Marywood University, completing an Honors Thesis on the role of circulating sex steroids and cognition in people. He attained his Ph.D. in Behavioral Neuroscience at The University at Albany-SUNY where he examined the role of neurosteroids on affect, cognition, and natural- and drug-of-abuse-related reward. In his postdoctoral work, Dr. Paris applied his prior training to examine the neuroendocrine mechanisms that may be involved in the behavioral and cellular pathology associated with drugs of abuse and neuroAIDS.

His lab uses an array of behavioral, cellular, and molecular techniques to model addiction and neurodegenerative disease so that novel strategies for therapeutic intervention can be assessed. Primarily, his lab is engaged in work to understand and ameliorate the neuroendocrine factors that may be dysregulated by drugs of abuse (injection psychostimulants and opioids as well as prescription medications) and associated disease states, including neuroAIDS.