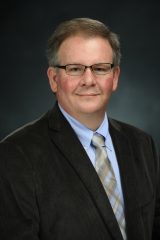 The current focus of my laboratory is to investigate the role of cardiac fibroblasts in type 2 diabetes mellitus‐induced cardiomyopathic conditions. Using knockout mice with a targeted gene deletion for the leptin receptor (db/db) mice, alterations in basal activation of signaling cascades and expression of pro‐fibrotic markers within the myocardium of diabetic (db/db) mice compared to non‐diabetic (Db/db) littermates are being examined Ongoing studies have been undertaken to examine the effects of increased mechanical load, increased oxidative stress, and anti‐oxidant therapy on fibroblast function and extracellular matrix (ECM) remodeling in the diabetic heart. Another focus of the Stewart laboratory is the role extracellular matrix plays in diabetic remodeling. By utilizing three dimensional matrix technologies, we can simulate in vivo matrix‐cell interactions in an in vitro environment to understand cardiac cellular responses.

Although our overall focus is on the alterations the diabetic extracellular matrix imposes on heart function, we also are interested in dissecting the signaling cascade, Advanced Glycation Endproduct (AGE)-Receptor for AGEs (AGE-RAGE). Hyperglycemia-generated AGEs play a role in fibroblast-dependent ECM production and remodeling which impacts overall ECM stiffness. Our laboratory previously described hyperglycemia-mediated changes were accompanied by a switch to a profibrotic cardiac fibroblast (CF) phenotype or myofibroblast, which was characterized by increased secretion of collagen I levels, α-smooth muscle actin (α-SMA) and ECM profibrotic modulators as well as increased expression of RAGEs. Our results indicated these changes were responsible for a stiffer, less compliant left ventricle (LV) associated with increased myocardial fibrosis. These projects were funded by multiple investigator initiated NIH and DoD proposals. 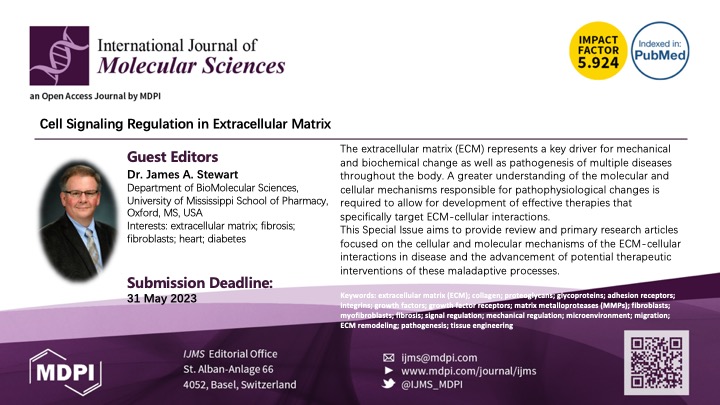 An accessible version of this image can be found here.