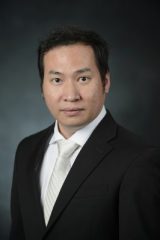 Hoang V. Le graduated from the University of California, Berkeley with a B.S. degree in chemistry in 2008. While at Berkeley, Hoang worked in the laboratory of Professor Kenneth Raymond, studying supramolecular chemistry, synthesizing dicationic linkers, and investigating their stability in supramolecular systems. In 2013, he graduated from Cornell University with a Ph.D. degree in organic chemistry under the guidance of Professor Bruce Ganem. His graduate work expanded the scope of multicomponent reaction (MCR) chemistry by improving known synthetically useful MCRs and developing new MCRs. Hoang then held a postdoctoral position in the laboratory of Professor Richard Silverman at Northwestern University. His postdoctoral research led to the discovery and development of many inhibitors of GABA aminotransferase, human ornithine aminotransferase, and Toxoplasma gondii ornithine aminotransferase. He is a co-inventor of the licensed drug OV329, currently in preclinical development at Ovid Therapeutics for the treatment of drug-resistant epilepsy and drug addiction. In July 2016, he started his independent research career as an Assistant Professor of Medicinal Chemistry in the Department of BioMolecular Sciences at the University of Mississippi School of Pharmacy. In 2018, he received a New Investigator Award from American Association of Colleges of Pharmacy. 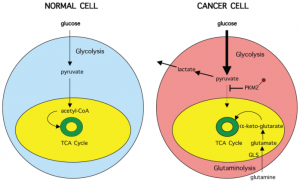 Metabolism in normal cells vs. one in cancer cells. The figure was originally published by Erickson and Cerione. 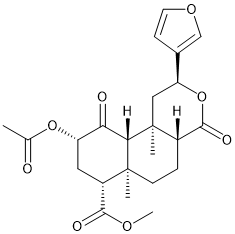 Salvinorin A, one of the most potent naturally occurring opioid agonists with high selectivity and affinity for KOR

The κ-opioid receptor (KOR) is one of four related receptors that bind opioid-like compounds in the brain and are responsible for mediating the effects of these compounds. KOR agonists have provided therapeutic potential in the treatment of pain and convulsion, and as antidotes for opioid overdose, while KOR antagonists have proven useful in drug abuse relapse, depression, and anxiety. However, the development of current KOR ligands as therapeutic agents has been hindered by their unfavorable side effects. Current KOR agonists produce dysphoria, sedation, and depression due to their low functional selectivity, while current KOR antagonists possess unusually long pharmacokinetic profiles due to their long-acting effect. We are currently aiming to solve these problems for KOR agonists and antagonists.

Atovaquone, the only current FDA-approved inhibitor of Plasmodium falciparum cytochrome bc1 complex.