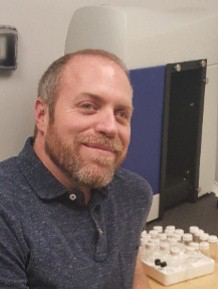 Five of these prestigious national fellowships are awarded each year by ACT, and include a two-year stipend of $5,000 per year to be used toward the recipient’s education, as well as financial assistance to attend ACT’s annual meeting.

The fellowship is given based on the quality of the applicants’ graduate-level work. Carty’s award-winning research was an abstract titled “Cannabinoid Toxicity versus Antiepileptic Potential using Zebrafish,” which explores the effects of different chemicals within cannabis on zebrafish, inspired by the recent trend of using cannabinoids in epilepsy treatments.

“Dennis has formulated a research plan to investigate what, as a toxicologist, I believe is the fundamental question in drug development: the underlying mechanisms of both toxicity and therapeutic efficacy of cannabinoids,’’ said Kristie Willett, professor of pharmacology and environmental toxicology and Carty’s graduate adviser. 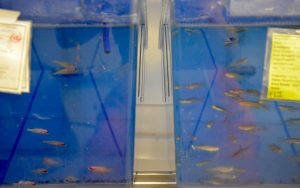 Carty studies the effects of cannabinoids on zebrafish, which are part of the environmental toxicology lab at the pharmacy school.

“As a graduate student, conferences are invaluable to our growth in research, communication and networking,” Carty said. “Not only will I be able to share my research with the nation’s leading toxicologists and receive much-needed feedback, but I am also afforded the opportunity to network with potential future employers.”

After completing his Ph.D., Carty plans to seek a postdoctoral position and ultimately work in discovering treatments for human diseases. Specifically, he hopes to test common chemicals for their effects on the endocrine system.

In addition to his studies, Carty serves as the student representative for the School of Pharmacy’s research and graduate affairs committee and is immediate past president of the BioMolecular Sciences Journal Club.

Carty, along with the four other fellowship recipients, will be recognized at the 2016 annual meeting of ACT on Nov. 10 in Baltimore.